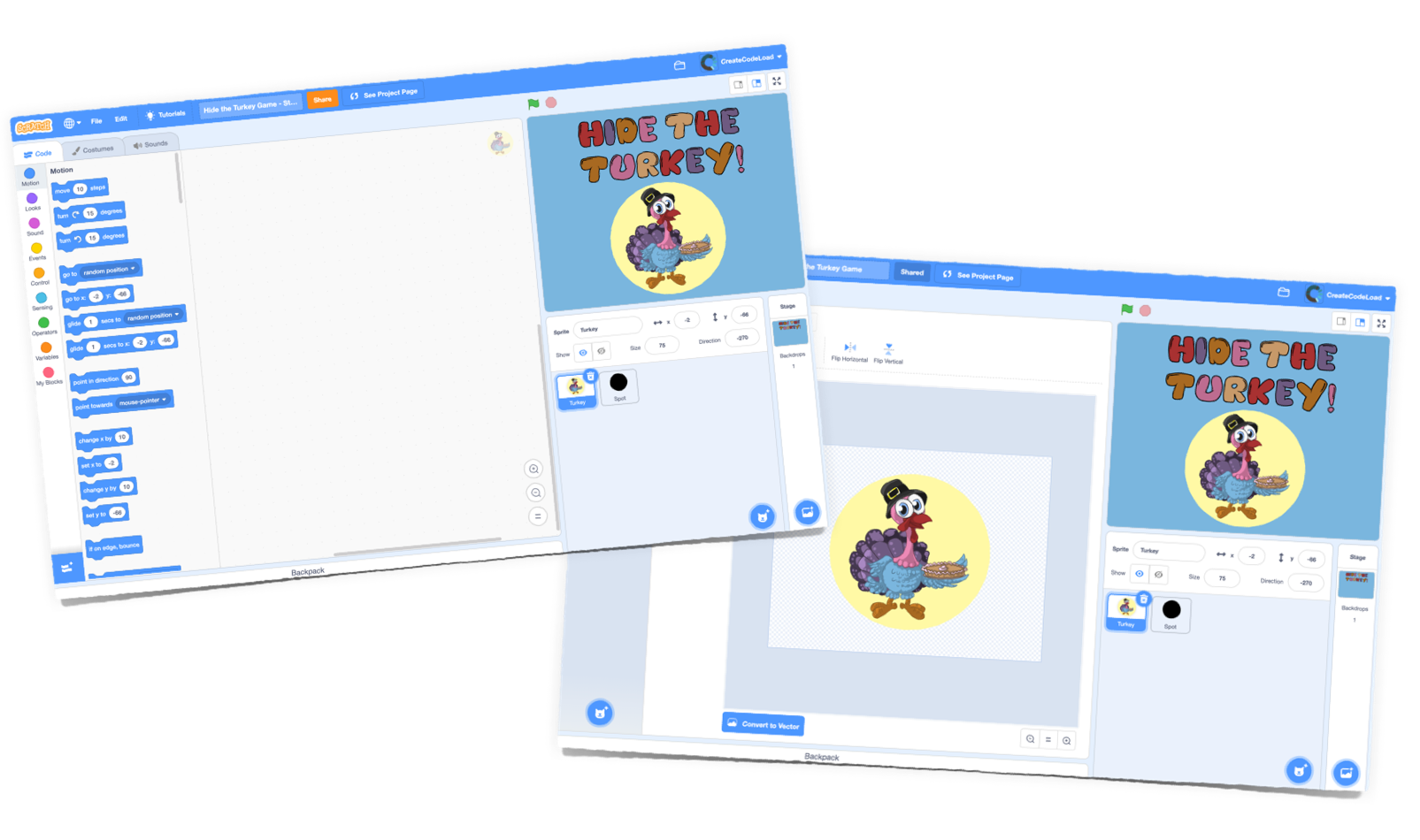 I was 14 when I moved to the United States, and so my family only started celebrating Thanksgiving when I was a teenager, but it quickly became my favorite American holiday.  I love that we stop to appreciate what we have, I love that families come together from all over to celebrate, and of course, I love the food!

I've been thinking of creating a game for Thanksgiving for a while now, especially after how popular our Halloween lesson has become over the last few years.  One of my favorite things about the Halloween lesson is that it's simple enough even for beginner Scratchers.  I wanted to create something similar for Thanksgiving, but finding the balance between that and a game which would still be relevant, fun & interesting for the kids, was a bit challenging.

In addition, I know many of my readers don't live in the United States, and as such, they either don't celebrate Thanksgiving, or they celebrate a different version of it, so I was trying to think of something which could be easily modified to fit more than one tradition.  And then it struck me, how about hiding the turkey?!

The 'Hide the Turkey' Game

This game is simple.  You get 5 spots to cover the turkey.  If you can cover the turkey (including the background it's on) using these 5 spots you win, otherwise you lose!  Go ahead and give it a try below.  Click the green flag and then click on the stage to place the spots...

But for now, let's take a look at our starter project, and see what we have to work with to build this game, hide the turkey, and help him escape from getting eaten...

Our starter project is very simple this time.  We have our turkey sprite which consists of our turkey covered in a yellow background, holding what looks like an apple pie, and we have our black spot sprite which we will use to cover the turkey.  Both the turkey and the spot sprites only have one costume, and our stage only has one backdrop, which will provide the background for our game.

When you're ready, click the button below, enter your email address, and the starter project will be sent to you.  The email you'll receive will contain instructions for how to upload the starter project onto your Scratch account, and how to share it with your students.

We start out simple by learning how to place just one spot on the screen.  This tutorial covers how to create a sensor to detect a click on the screen, and how to communicate this event to another sprite (i.e. another object in our project).

This first step should be straightforward even for beginners, yet it covers some important coding fundamentals (such as event handling, looping, conditional statements, and coordinating the actions of multiple sprites) - all simply by learning how to place a spot on the screen by clicking on it!

Now that we can place one spot on the screen by clicking on it, let’s see if we can repeat this action and get 5 spots on the screen!  This second step covers cloning and the use of variables to keep count of the number of times an event occurs.  You'll also learn how to slow down the code when necessary.  Again, this is not a complex tutorial but if they're new to programming, your students will learn some very important concepts while immediately being able to implement what they're learning.

Now that we can place 5 spots on the screen, it’s time to check whether the turkey is all covered after all 5 spots have been placed!  To do this, we'll make use of the 'touching' and 'touching color' features in Scratch.  We'll know the turkey is not fully covered if it either 'touches' the blue of the background, or if the yellow surrounding it is 'touching' the black of the spots.  By the end of this tutorial you'll be able to output a 'you win' or 'you lose' message, and even a sound to go along with either outcome!

Modifications to the Game

And that completes our Thanksgiving game/lesson!  To make the game less or more challenging, just change the size of the spots as shown below!  To change the theme, just change the backdrop behind the stage, and the costume for the turkey sprite! 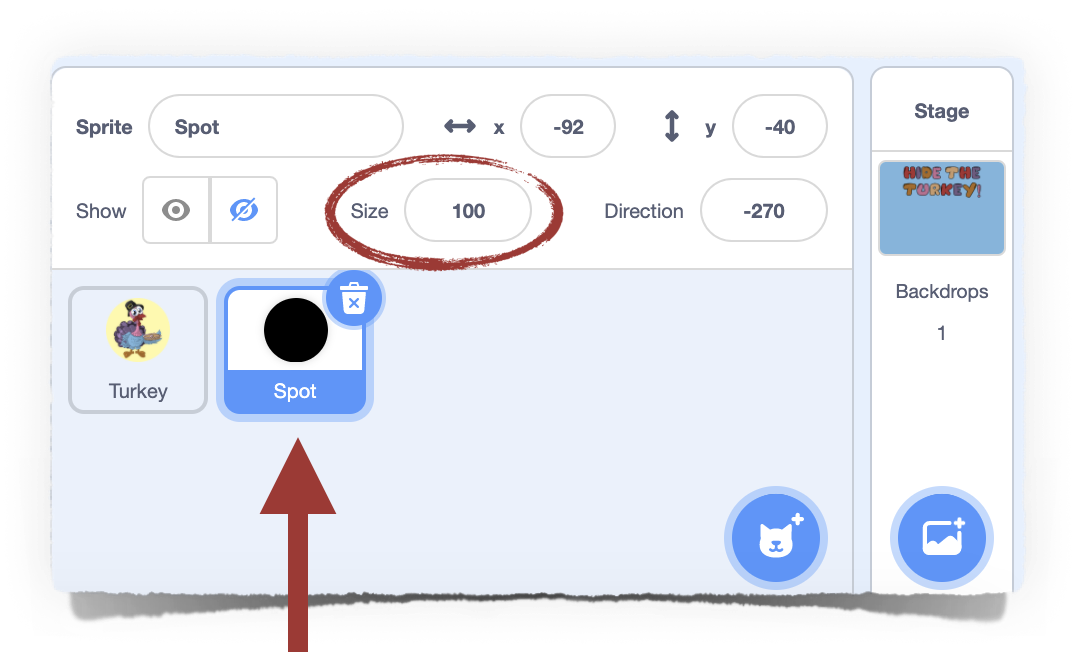 If you loved this lesson and can't wait to learn more, we offer a 30-day challenge for teachers starting on the 1st of (almost) every month, so make sure you check it out, and if you haven't already, please join the conversation inside our Facebook group for teachers! 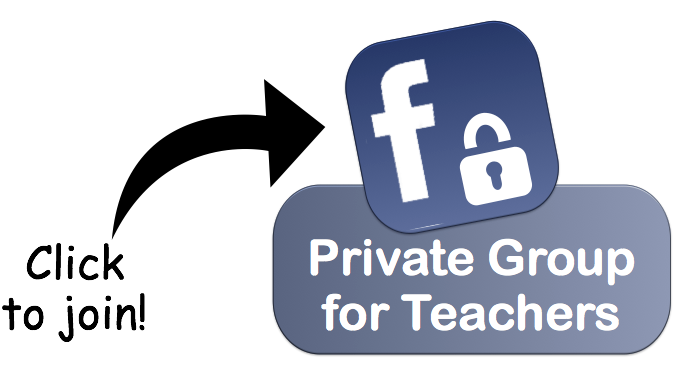 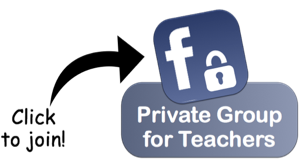 Have a happy Thanksgiving, and I'll see you on the inside,